Kinky Boots is the uplifting new British musical comedy and is inspired by true events and based on the hit 2005 British film of the same name by Geoff Deane and Tim Firth.

Kinky Boots features stunning costumes, a joyous, Tony-winning score by Cyndi Lauper and a hilarious, uplifting book by Broadway comedy legend Harvey Fierstein.
This feel good musical Kinky Boots takes you from the factory floors of a gentlemen’s shoe factory in Northampton to the glamorous catwalks of Milan.
Kinky Boots has a powerful message of friendship, love and acceptance and the importance of fighting for what is right, and discovering why, sometimes, “the best way to fit in… is to stand out.”

For More Details or to Book Tickets  CLICK LINK

The event is finished. 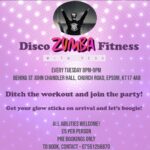