The Past Comes Alive!

The Past Comes Alive! A Tribute for the Queen’s Jubilee Celebrations

On a day where the past comes alive, learn about the local connections of past Kings and Queens, and get an insight into the medieval period as part of events marking the Queen’s Jubilee.

Meet two ladies in waiting from the court of Elizabeth I at Nonsuch who will tell what life was like in the palace which she loved to visit. Learn of the changes she made to fit in her huge wardrobe of dresses and how Essex burst into Elizabeth’s bedroom before she had time to put on her makeup, the blunder which was to lead to his execution.

Chat to Charles II the Merry Monarch, traditionally the most popular of English Kings, and hear about his visits to Epsom in the Spa period.

Meet Queen Victoria who came to the Derby at the beginning of her reign and discover what happened. Was she amused?

Meanwhile the Paladins of Chivalry will bring the medieval world to light with living history displays all day including cooks preparing a meal, musicians to entertain you, an armourer repairing armour, noble ladies sewing and doing embroidery, an apothecary preparing potions and men at arms gambling and telling tall stories. See the medieval tented encampment furnished with historically accurate furniture and equipment which you can handle.

You can witness the men at arms in their training session and combat. After lunch there’s a chance for the children to take part in their own battle! The lord of Bourne Hall is charged with for trying to kill a rival in front of the king, and now he must fight for his life in trial by combat. In the afternoon there will be a display of how to arm a knight followed by a full tournament. Finishing with a Grand Melee when all the knights fight to the last man standing.

13:30.    Children can take part in their own combat session 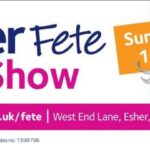