On Saturday 18th June one of What’s On In My Town follower contacted us after her 91 year old mother  came so close to losing everything. The victim and her daughter would like to raise awareness how easy it was and to warn others how not to fall victim.

It happened between 6-7pm on Saturday 18th June in Epsom, Surrey. The daughter got a phone call from her mother asking if any one of the family could go round to hold her hand because the police were coming any minute to collect her bank cards and all her cash.  They had called her on the phone talking to her for an hour. The person was ‘PC Smith’ to say that someone had cloned her card and withdrawn £250. They gave her a number for Lloyds bank to report it, which she did, and the bank said they would give her the £250 back and would cancel her cards. They also asked her to read out all of her latest transactions. She totally believed them. Thank goodness she messaged her daughter who saw the message and acted immediately.

As soon as the daughter received her message she tried ringing but the scammers were still keeping the line open even though she said she wasn’t talking to anyone. The daughters husband went straight around to her flat and the daughter called 999. When the husband arrived he found his mother-in-law looking for a mat when asked why she told him “They asked me to put my cash and cards in an envelope and put them underneath a doormat for collection.” The scammers called again and the mum passed the phone to the husband the scammers rang off straight away.

The whole thing was very convincing and the mum was totally taken in. They didn’t take the card numbers over the phone or the CCV but she gave them her PIN numbers. They would have collected the cards and emptied her accounts.

The Police did attend and have told the family that the criminals never pick up the cards themselves but use couriers, so it’s very difficult to catch them.

All incidents of fraud should be reported to Action Fraud which is the UK’s national fraud reporting centre. You can also report by calling 0300 123 2040 Monday to Friday 8am – 8pm.

If a victim of fraud is elderly or vulnerable, reports can be made directly to Surrey Police in order for a Safeguarding intervention to take place.

Scams often operate across geographic boundaries and we work together with a number of national partners to build a bigger picture of how and where scams are operating. Your information can help. If you have you received a suspicious phishing email, text, or phone call you can help tackle these types of scams by informing our partner agencies:

What to do if you receive a suspicious email?

• Email: forward it to the Suspicious Email Reporting Service (SERS) via [email protected]

What to do if you receive a suspicious text message?

• Text message: forward to 7726. This free-of-charge short code enables your provider to investigate the origin of the text and take action, if found to be malicious.

What to do if you receive a suspicious phone call?

• Phone calls / Social media: report these to Action Fraud via their website: actionfraud.police.uk/report-phishing

Please share and warn vulnerable friends, relatives and neighbours. The Police Will Never call you and ask for your bank details or need your bank cards. 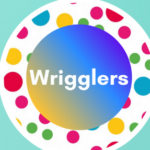